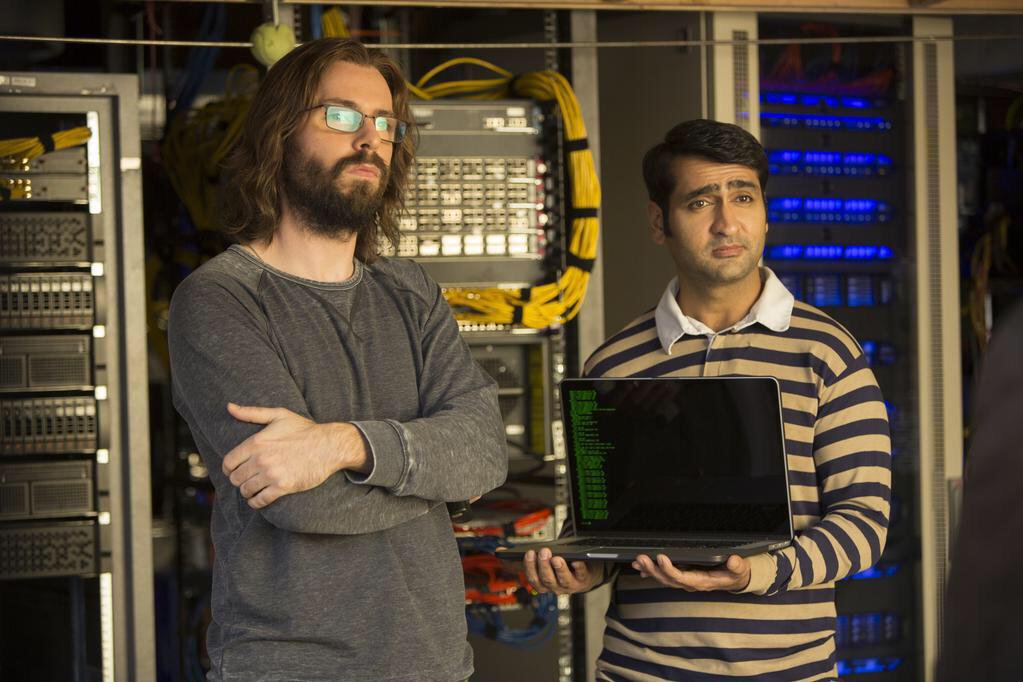 Not more than a couple of months back, a tweet by Accel’s Shekhar Kirani took the internet by storm. It talked about what 10x engineers can do for a firm, and more importantly – key traits that define them.

That leaves us with somewhat-short-of-an-existential-crisis questions – Who are 10x engineers? What are the pros and cons of hiring them? And for those looking to hire them, how do we find them?

Or, is this concept a total myth?

In an attempt to answer these questions, we talked to entrepreneurs to learn from their thoughts and real-life experiences. Let’s dive in.

Who are 10x engineers?

In very simple terms, a 10x engineer is someone who is as productive as 10 engineers. This role is as old as the advent of startups itself. However, every startup chooses to define this role for itself due to its dynamic nature. Sangram Sabat (Founder, Saarthi.ai) defines a 10x engineer as “one who can architect big systems, work across functions, and lead/mentor the development team.”

He adds, “It depends on what you are building and why. An enterprise product will need to be reliable, and hence you will need someone to architect robust applications. A consumer product may get away with some fallacies if users can’t live without it. So, there you need to spend on performance marketing.”

As per Vidit Aatrey (Founder and CEO, Meesho), “10X founders act like engineers as well as product managers. They behave like owners and make sure they are achieving outcomes, not just building features.”

What should you do while hiring a 10x engineer?

While both attitude and skill are important, the preliminary check to run should be the attitude. Girish Nuli (Founder, inficert.com)writes,” Though 10x engineers are preferred, hiring for attitude is as important as skills. Early-stage employees define a company’s culture, hence it is important to have people with a great attitude.”

Another important aspect is ethics. You have got a great engineer with the right attitude. But how do you know that he won’t leave you high and dry? Rohit Taneja (Co-Founder, Mypoolin – later acquired by Wibmo) adds, “Try to hire from your network so that he also has an ethical & reputation-wise skin in your game”

Now comes the proof of concept. Being a 10x engineer is a lot more than just carrying out instructions. As per Sangram, considering only the ones who have developed applications that have been tested against a massive scale is a good bet. Combine this with the entrepreneurial GOAT qualities (Grit, Ownership, Agility, Teamwork) and you’ve got yourself the perfect mix.

It may be true that being a startup, you can get away with paying them very less for a very long time. However, their commitment should be reciprocated with the right incentives – like ESOPs.

What should you not do while hiring a 10x engineer?

Hiring 10x engineers is a tricky business. Not only because it is a heavily-set role, but also because a lot that is done by them is at the foundational level and can be rendered useless by a small mistake.

As per Sangram, these are a few things to strictly steer clear of:

Is it a good idea to hire a 10x engineer for your startup?

Hiring a 10x engineer for your startup depends on three things – temperament, management skills, and culture. Rohit says, “The answer to whether it is a good idea to hire a 10x engineer or not is a complex one. It purely depends on your intent as well as your temperament as a founder. If I were to sum it up succinctly, I would say hire a 10X engineer only if –

Because a 10x engineer will test your patience a lot of times in terms of discipline but he will make up over and above with his amazing speed and quality of work.”

Mikhil Raj (Founder, PhotographAI – later acquired by ZestMoney) adds, “Maintenance work in a service company might need rigorous work – something that is not challenging. There, you might get away with a 1x engineer as well. But take the example of a fast-moving product company where you can’t afford too much handholding, 10x engineers are the most precious assets to have.

When hiring for skill, it’s important to ensure that your culture is conducive to high-speed execution and allows them to utilize their talent in the best way possible. Yugansh Chokra (Founder, ShopNani)has a different take on this, “Not only do 10x engineers need to move fast, but they also need to make everyone move at the same pace and get there as a team. If others are not as fast, there will be internal problems and you won’t be able to get the expected results. It’s like driving a Ferrari on a road that doesn’t allow moving faster than 60 km/hr.”

If your startup is sorted on the above aspects, then it makes perfect sense to hire a 10x engineer. When we asked Girish, he added, “For startups, it is ideal to have a small agile team that can do many things quickly. This requires 10x engineers who can handle multiple tasks confidently”

As per Sangram, “Considering every company is a technology company today, you need at least one 10x engineer who carries the product till the Market Fit stage. The remainder of your funds goes into Operations, Infrastructure, and Sales.”

While many attest to the value-add by 10x engineers, some do not advocate the hiring of a 10x engineer at an early-stage startup. As per Pawan Gupta (Founder, Curofy), “At the beginning of a startup, it’s all grunt work – you know what to build and need good people to execute it. 10x engineers are smart, but not hard workers.

When hired them at Curofy, it worked out really well in the beginning. As long as he was working independently, things worked out fine. But as and when work increased and we added more people, collaboration was required. This is where we faced challenges. He came at 2 pm while others came on time. When collaboration is required, the 10x is not really 10x – it creates a lot of issues. 10x works best as long as there is an independent person in the game.”

What are the qualities of a 10x engineer?

The fact that every employee is different stands true for 10x engineers as well. While some like to distinguish themselves with the colour of their screen or their browser choice, the real traits are often simple and fundamental:

Yugansh adds with his experience:

What these entrepreneurs learned from their time working with 10x engineers

Rohit Taneja, Mypoolin
I have hired 10x engineers, loved working & brainstorming with them and then have let them go as well after a certain point when their discipline got too much to handle.

Sangram Sabat, Saarthi.ai
We hired great engineers who were powerful mentors as well. Giving them a sense of ownership and company structure early on helped them to grow an A+ team around them. Also, we kept the team lean and adopted an agile methodology which ultimately resounded across the team and resulted in better outcomes and work experience.

Girish Nuli, inficert.com
All other roles are not really critical for early-stage startups. You can outsource non essential roles such as Bookkeeping (though it is very important for the founders to keep a track of their numbers).

Mikhil Raj, PhotographAI
We built the whole AI department at one of my previous firms on the shoulders of one 10x engineer and delivered significant value to the organization. I am sure what took 4 months would have taken more than a year if it were not for the 10x guy, and also the rest of the 10x who followed.

Are 10x engineers a myth?

This term and concept has been tested time and again with startups and scaling companies. It’s evident that it’s not a myth, but a loosely defined term – often misused. Mustafa Mohammed (Head of Engineering, Kredily) says, “If you insist on talking about a 10x engineer, then focus on 10x teams instead. Your goal is to set up teams that work well together.

The cons of an ill-conceived stereotype of a 10x engineer outweigh the benefits. Founders should rather focus on building a core team of engineers with a track record of solving hard problems, that took companies from zero to one.”

It is also heavily dependent on the kind of manager you are, and the kind of culture you set up. It takes a long time to find the perfect 10x engineer for your startup and a longer time to understand whether he is going to stick around and if you can build a team around him.

If you are cognizant of everything we’ve discussed above, then you’re in the right position to take a call on whether to hire or fire your 10x engineer!

Are you a 10x engineer? Or, have you hired one? If there’s something noteworthy that we’ve missed out, let us know in the comments below.

About Kredily: Kredily is India’s only free-forever HR and Payroll Software. Our vision is to build a world-class platform that allows companies to automate HR workflows without spending a single penny. We are already trusted by over 1500 customers. You can sign up and explore Kredily here. 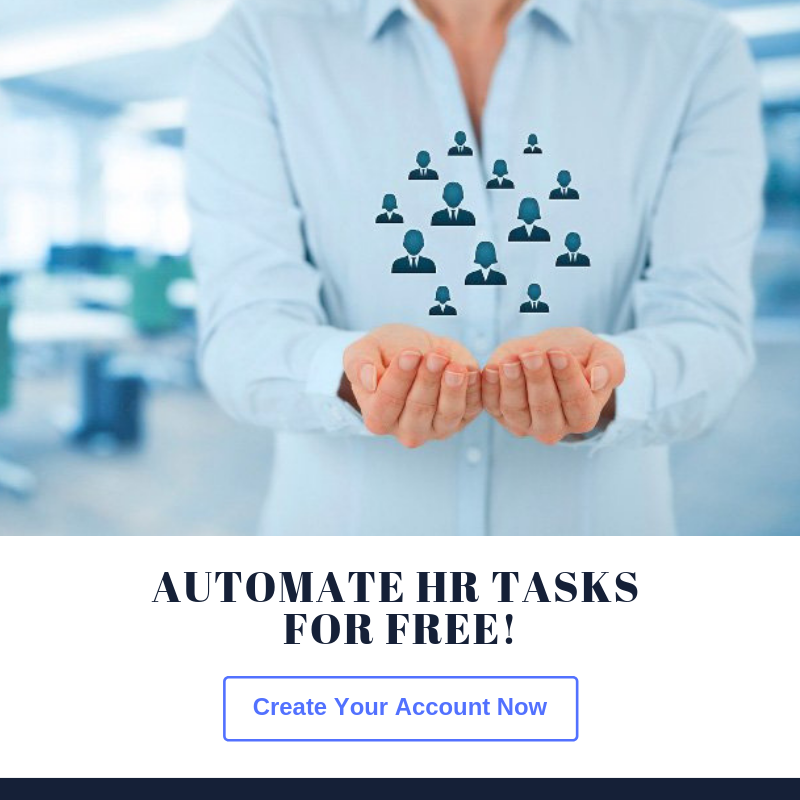